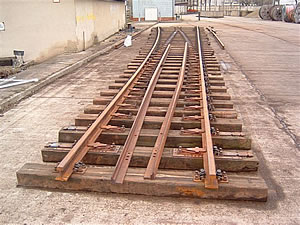 Rail vehicles have very different bogies compared to road vehicles. While railway vehicles initially ran on two or three fixed axles, the bogie, originally called the “swivelling bolster”, was soon generally accepted. It is a short two or three axle unit which is mounted under the vehicle frame so that it is free to move to a certain extent.

The same applied in the development of motive power units, which in the main are designed as bogie vehicles today. Fixed - but sideways displaceable for running in curves and by means of the suspension radially adjustable to a small measure - wheelsets are still fitted to small locomotives, shunters, freight wagons and of course many historic vehicles. 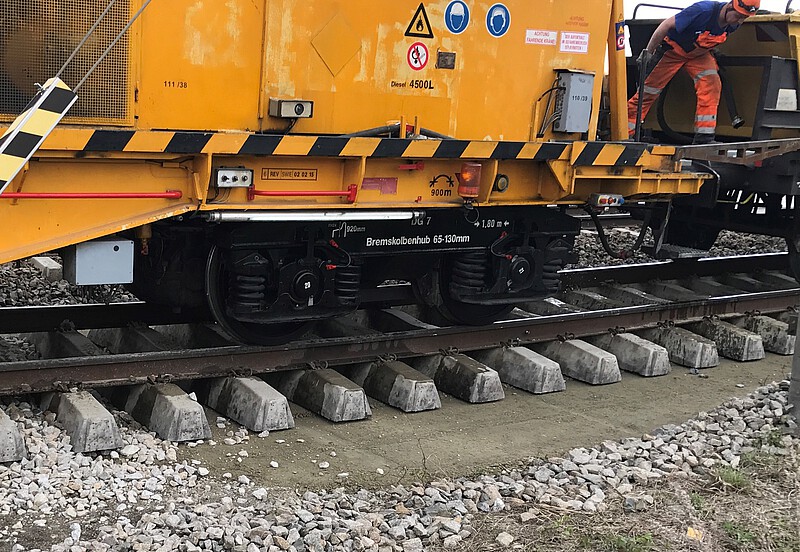 The wheelsets of bogies are mounted so that they can turn in a bogie frame that is fitted under the main frame, which is advantageous for many reasons:

Apart from the basic properties, bogies for locomotives, railcars, passenger coaches and freight wagons, as well as underground and suburban vehicles are, however, designed differently. Only in this way can all the requirements for speed and comfort, load carrying capacity and axle load, safety against derailment and smooth running be achieved. There are an almost incalculable number of different designs of bogies. On closer consideration it also appears that many road-rail vehicles and even maglev vehicles run on special bogies.

Railway bogies generally run on two or more wheelsets. There are rare cases of single axle and so-called loose wheel bogies, which of course require a special mechanical activation for running in curves. Four and more axle bogies are generally formed from groups of two or three axle frames because of the length produced by normal wheel diameters. They are in turn carried in a common likewise rotatable bridge frame. Such designs can be found, in particular, under track maintenance machines and heavy load transport wagons or crane vehicles. The additional bridge frame avoids problems when running in curves, just as the maximum permissible axle load enables the assembly space to be more uniformly loaded.
With extremely small wheel bogies, as are fitted under low floor wagons, for car transporting wagons a four or five axle bogie design is possible, without the total wheelbase becoming too large. If the bogie has more than two axles then the flanges of the wheel discs between the end axles are reduced or are dispensed completely as they are not important for the track guidance. 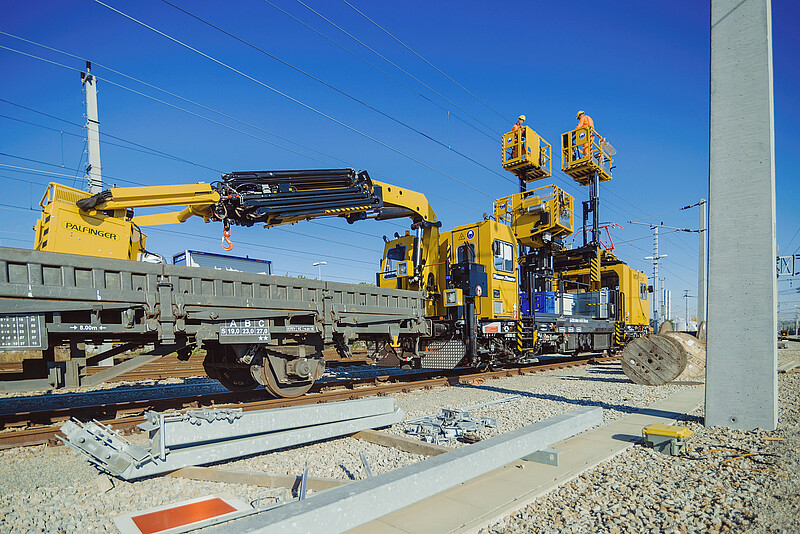 Bogies are basically differentiated depending on the design of their frame. With external frame bogies, the frames encompass the wheelsets. From practical considerations and reasons of space, external frames are popular on narrow gauge vehicles, since otherwise the space between the frame sides would be very narrow. There are also differences depending on the position of the axle bearings. In general, they are located on the so-called stub axles, outside the wheel disks. With inner-frame bogies they lie between the wheel disks on the axles, which results in both a smaller support width and another bending stress of the wheelset. It is also necessary to consider that it is difficult to gain access to the bearing for maintenance work.

The bogie frames can be designed in “H-form” or in “O-form” depending on the top view. The O-form, which is particularly common in external frame designs, is therefore considerably more rigid than the H-form. A variation of the H-form which allows a slight inclination of both wheelsets is the “Three-piece bogie”. In this elastic bogie the two outer long sides with the axle bearings can, in addition, be rotated against the central transverse beam vertically. This has advantages if the track geometry is particularly bad as it transmits fewer pitching and rolling movements. 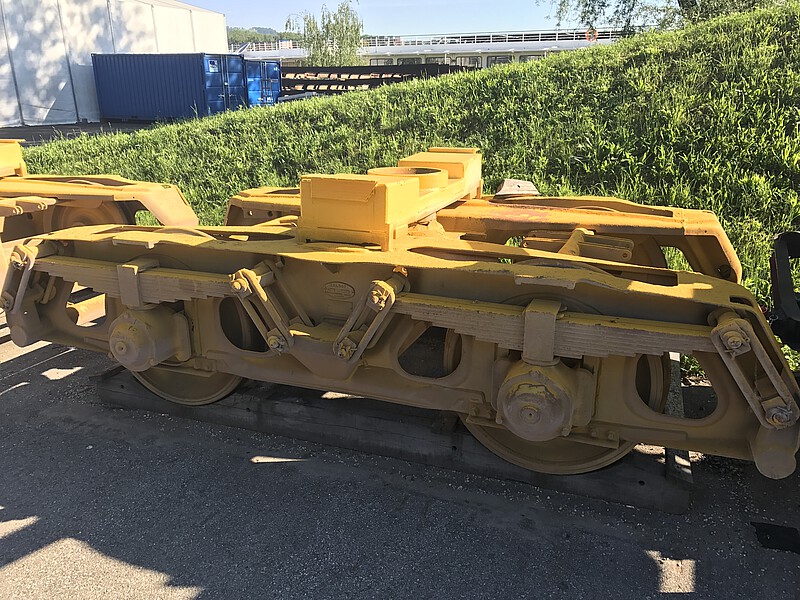 The conventional bogie has a central bearing in which a bogie pivot fitted under the vehicle floor makes the connection. Pure vertical forces are taken by the lateral slide plates, where the main frame rests on both sides on the bogie frame.
While bogies for freight wagons generally have only one spring level - suspending the axle bearing against the frame - bogies for passenger coaches and motive power units generally have a secondary suspension level - suspending the bogie against the mainframe. The diverse design solutions range from transverse leaf spring packets through coil springs to the more comfortable air springs. Design features can be the so-called bogie bolster, a cross beam which can be mounted under the main frame in the centre of the bogie so that it can rotate. In bolsterless or pivotless bogies the chassis is, for example, carried on transverse elastic coil springs which allow the necessary twist in curves.

There are powered bogies for all types of power transmission. Only with steam traction there were a few examples due to probems with steam pipes, which is why it has become historic. With electric traction - and also with diesel electric vehicles - every driven axle can have a motor (single axle drive) or the wheelsets are connected to a central motor (longitudinal drive). The axle hung motor is supported with one side on the axle, and the other side is hung on the bogie frame. Modern solutions are the individual wheel drive in which a motor is arranged to drive two individual wheels on a side or for high speed trains a motor is fully suspended motor in the vehicle frame.
Trams can today have wheel hub motors without gearboxes mounted directly in or on the wheel disk. With diesel, as with electric tractive vehicles with a main motor, the direct connection between locomotive frames and bogie of traction can be relieved of traction and compressive forces if a separate connecting rod takes the force flow. With diesel mechanical vehicles a cardan shaft is fitted between the main gearbox and axle drive, hydraulic drives can also be directly engaged to the wheelset. A special design that is no longer used today is the machine bogie in which the internal combustion engine is fitted in the bogie. For the propulsion of the wheelsets in the bogie, it generally applies here that the number of designs becomes ever larger depending on the requirements of the application.

For the running of the vehicle, as for the maintenance of the track geometry, it is important to keep the non-suspended weight as small as possible. Today it is more about the weight of the wheelset and if applicable, the transmission or brake disks. Power unit can be decoupled with rubber elements or suspended in bogie frames and with high speed vehicles, also in the main frame. Consequently, the bogie is partly or completely unloaded from these weights and forces originating during the journey.

A special type of bogie is the Jacobs bogie which connects the adjacent ends of two wagons. In train sets, especially in multiple unit trains, several Jacobs bogies can follow one another. Previously this design was mainly used in articulated trams but it has been common for a long time in railways on lightweight regional railcars, the Spanish multiple unit train Talgo or high speed trains like the French TGV. Also, long articulated freight wagons (two-part and in other countries even multiple unit container carrying wagons) makes this design possible.

Jacobs bogies were named after the railway engineer Wilhelm Jacobs (1858-1942) and from the patent filed by him in 1901. Two vehicle bodies rest on the bogie frame and there are thus two eccentrically placed points of rotation. This design can save weight and contribute to even better bogie riding of the vehicles in the train. Moreover, the mutual offset of the vehicle-ends is eliminated when running into and out of curves which can be very welcome to passengers in the corridor connection or car transporting wagons. Motorised versions of Jacobs bogies have also been built. In the workshop - which is the only place the unit can be divided - it is necessary to always have an auxiliary construction to support the ends of the divided vehicles.

Special features of the bogie depends upon the place of its manufacture. For vehicles which run at high speeds anti-rolling dampers fitted between the coach body and the underframe can be advantageous. For double deck vehicles (with a high centre of gravity) it can be helpful to fit sway supports/sway compensators to ensure the ride comfort for the passengers sitting on the upper floor. On locomotives, in particular for those with high power, a deep linkage should be fitted for powered bogies. The main frame buckles into the bogie, that is, short distance from the top of the rail, which helps in avoiding slippage or lifting of the rear axle (tractive effort reduction, heavy rail wear) during the vehicle start procedure. 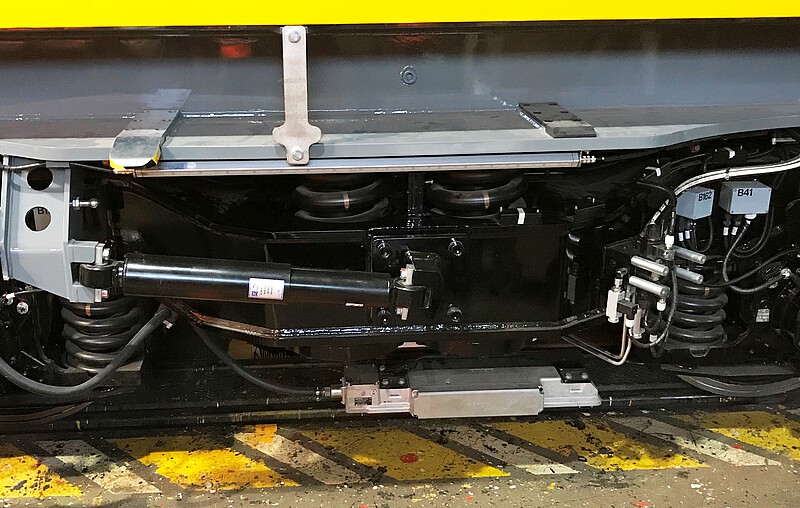 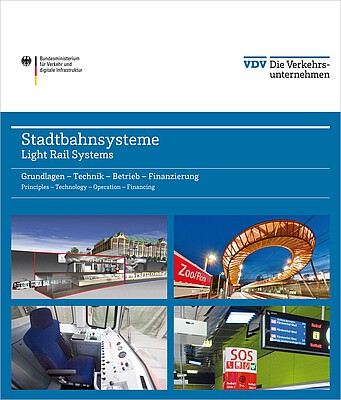 There is an insight into the current legal foundations at European and national level. All aspects are presented, taking into account the production of modern light rail vehicles as well as basic renovation. It also explains how the requirements for a reliable energy supply can be met and how stops and routes have to be designed with regard to passenger comfort, environmental protection and urban development. 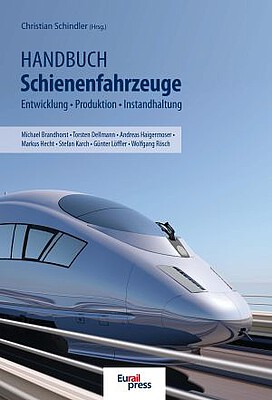 This book fills the gap in the market between the numerous theoretical works, which are limited to one topic or few specific topics on rail vehicle technology, and the books for professionals. The target group for this book is students of railways and rail vehicle technology as well as professionals from the industry who wish to refresh or supplement their Knowledge.

In nearly 190 years of railway history, rail vehicle technology has constantly developed. Today the technical knowledge necessary for the development, construction, operation and maintenance is so complex and extensive that it can not be comprehensively mastered by a single specialist alone.