Pure oxygen is stored in the gas cylinder under high pressure. With a bottle volume of 40 litres and a filling pressure of 150 bar, the content is 150 x 40 l = 6,000 litres of oxygen. Correspondingly an oxygen bottle of 50 l capacity and 200 bar filling pressure contains10,000 l of oxygen.
Keep the bottle valve of oxygen bottles free of oil and grease because of the danger of explosion. 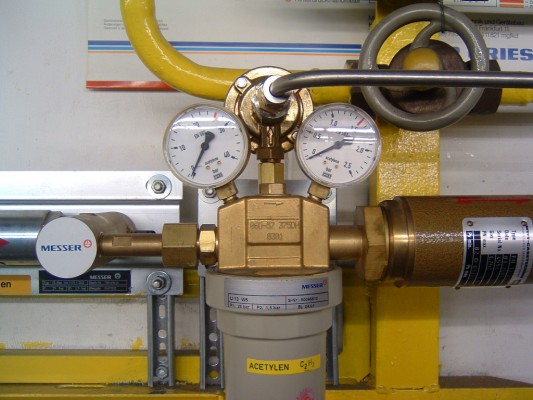 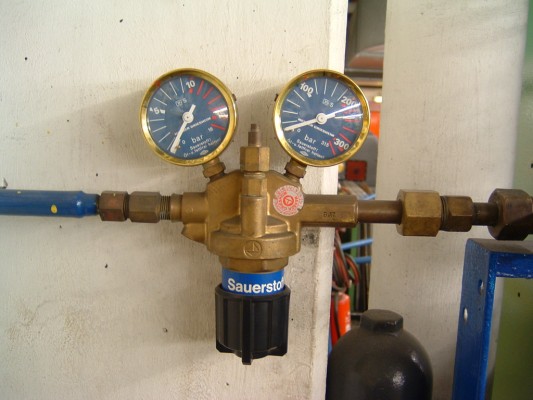