The longitudinal movements (so-called walking) of the rails on the sleepers in the ballast bed must be prevented as much as possible. For this purpose, protective wandering clamps can be mounted on the rails. The clamps are placed where rails tend to migrate in case of great pressure and tensile forces that act on the track.
Wandering protection clamps are mounted directly next to the sleepers on the rail foot. Earlier types were screwed; today, the attachment is done by wedging or spring-clamping action.

There have always been aids to prevent walking of the rails. One of the most reliable and effective ways is the wedge clamp system according to Mathée.

The causes of the rail migration are:

The wandering protection-system Mathée consists of three parts: the stem piece and 2 brackets.

The stem piece is forged from wide iron and is angled. It lies with a 1: 6 inclined surface perpendicular to the base of the rail to the sleeper edge. When using concrete sleepers, the angle is changed accordingly. The stem piece has two inwardly curved webs, which are carried out both in the vertical and in the horizontal at a certain inclination.
The 2 brackets have the same slope as the wedge surfaces. These brackets include the rail foot and the angled webs of the stem piece. By driving the brackets, the stem piece is particularly tightly clamped to the rail. The foot of the stem piece lies firmly on the threshold.
The anti-migratory effect of the Mathée clamp is based on a double wedge effect. The clips can be grinded from time to time and thereby the effect can be restored. The protective wandering clamps can be used again and again even after dismantling the track system. 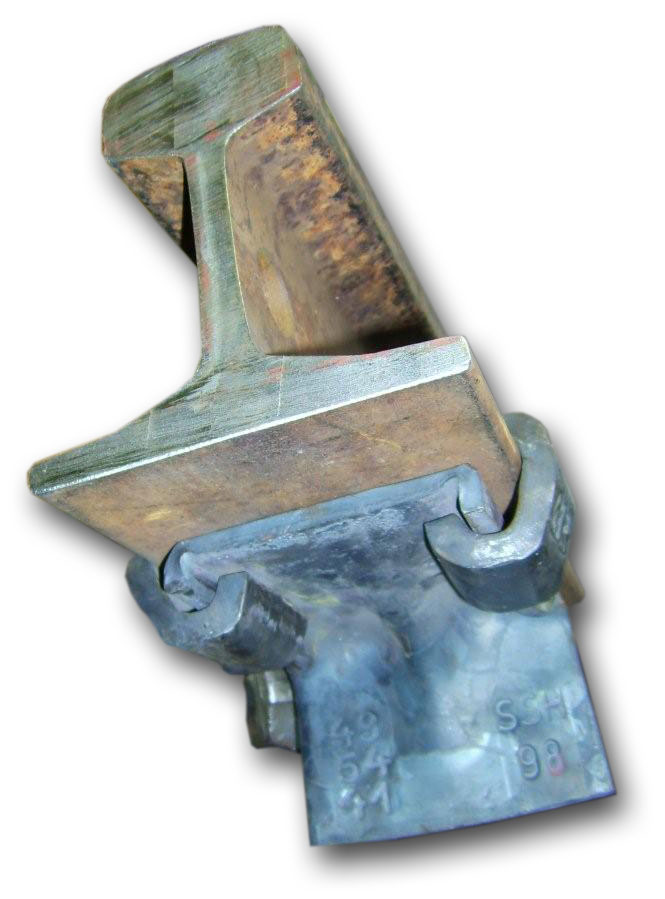 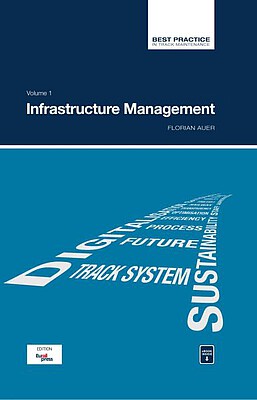