A good and stable track position requires a stable substructure. Under the influence of penetrating surface water, soils can soften lose their water bearing capacity. In order to prevent harmful accumulations of water in the substructure/subsoil, drainage systems are required.

Their task is to absorb the water flowing into the railway construction or to extract unbound water from the existing soil and to drain it off as quickly as possible. The water can influence the track construction as surface water, backwater water, layer water, seepage water, ground water or capillary water.

To ensure good drainage of the railway construction, the longitudinal gradient of the line should be at least 1 ‰ and the transverse gradient of the protective layer should be 5 ‰. The transverse gradient ensures rapid drainage of the water to the side, so that the rainwater can be collected from the subgrade in the case of railway bodies with ballasted superstructure or from the railway ditch in the case of slab tracks, passed on and discharged to the receiving water.

The collected water from the railway construction shall be fed to the receiving watercourse via receiving water systems. Discharges can occur as sewers, groundwater or open water. They can be used in the form of infiltration systems, drainage ditches or drainage pipes. Ditches always run parallel to the railway tracks. In order for the water to be fed into the receiving watercourse, a water-permeable and seepage-capable soil in the required thickness and depth is necessary. Types of infiltration systems: 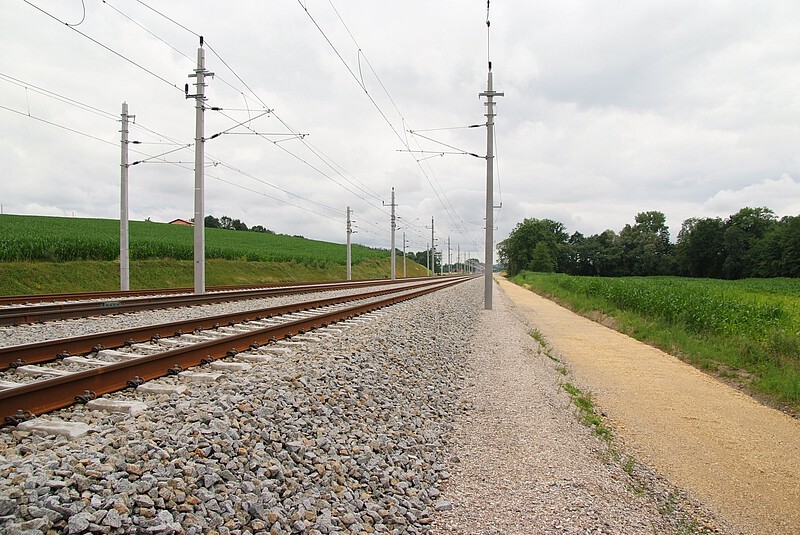 Railway trenches are open drainage systems which are designed to collect, transport and discharge the water directing it to the receiving water. The water to be discharged can occur as inflowing surface water from the embankment or the subgrade, as well as water seeping in from the protective layer or the existing soil.

Deep drainage systems act as closed underground drainage systems and have several functions. On the one hand, they are intended to lower the water level (reservoir, ground and capillary water) if it intensively moistens the ground in the middle of the track more than 1.50 meters below the upper edge of the rail or absorbs unbound water. On the other hand, they should also absorb seepage and stratified water. The deep drainage system is then used to channel the absorbed water through the drainage system and to feed it into the receiving watercourse.

Seepage pipes are part of the deep drainage system, which uses a perforated pipe wall to collect inflowing water via a drain (drainage trench) or filter. They pass it on and discharge it to the collecting pipe or to the receiving water course. Different types of pipes can be used depending on the water quantity and water inflow.

The use of multi-purpose pipes is advisable when discharging large quantities of water or when more water is taken up by the railway body than the amount that is discharged. The water absorption is considered less important than the water discharge.

The purpose of filters is to prevent harmful grain rearrangements during water inflow and to drain the existing soil. They consist of a material that has been adapted or built up in accordance with regulations and can occur in the form of geosynthetics, pipe perforations or non-binding loose rocks.
A drain has the task of absorbing water and passing it on quickly. It consists of a highly water-permeable material with a large pore volume and can occur, for example, in the form of geosynthetic material, drainage concrete or non-cohesive loose rock. 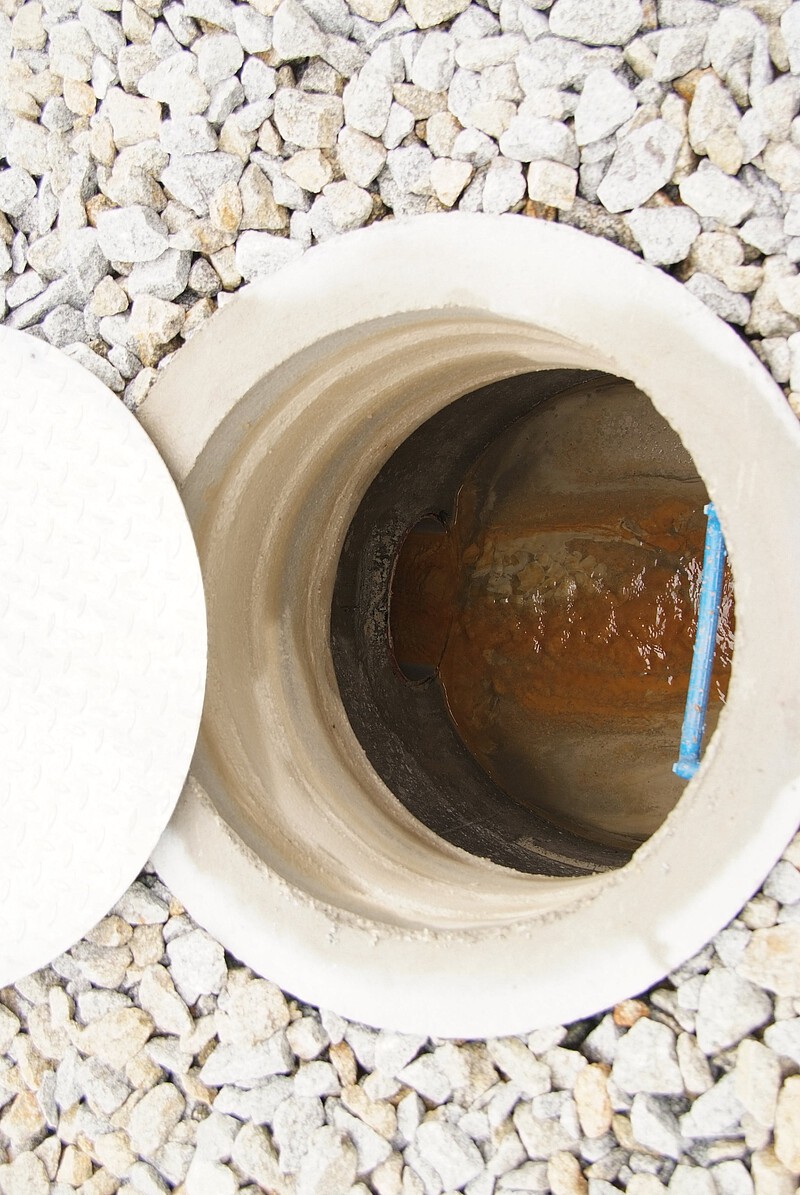 In addition to the structural drainage systems, preventive measures exist to maintain a dry track and subgrade. These include, in particular, weeding and vegetation control of the track as well as continuous maintenance of the existing drainage systems.

During the weeding process, plants are prevented from growing on the track by regularly treating them with weed killers. Glyphosate will continue to be used in 2019 in Germany and central Europe, but DB Netz AG (German Railway) intends to phase out its use in the near future. ÖBB (Austrian Railway) is also currently researching alternative methods to prevent plant growth and general growth in the track construction.

Both, the weeding and the continuous maintenance of structural drainage systems is absolutely necessary in order to maintain and guarantee their functions. An overgrown railway trench or a deep drainage blocked by mud leads to water accumulation and thus to water ingress into the track, which can lead to a deterioration of the track position. The necessary maintenance work includes cleaning, restoring flowability and flushing existing pipes.

In friendly cooperation with the University IVE - TU Braunschweig, Germany 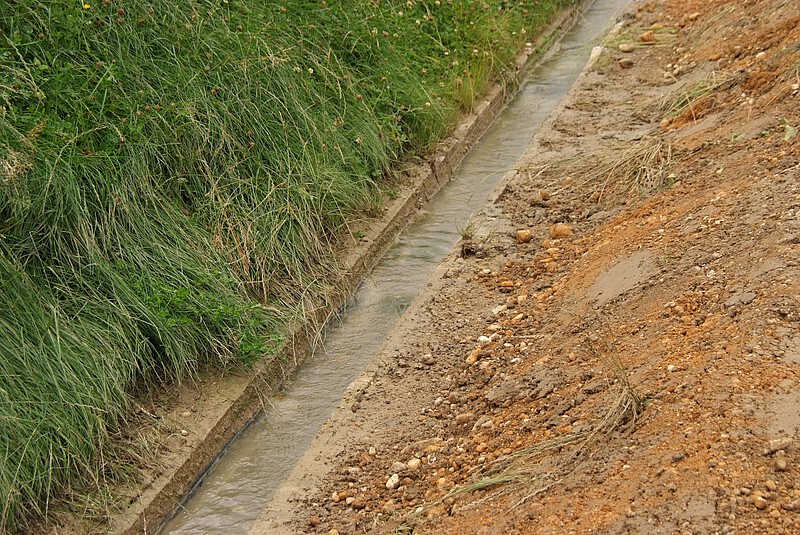