The inventor Nikolaus A. Otto was born on the 10th June 1832 in Holzhausen auf der Haide in Germany. He later attended the Realgymnasium in Germany where he graduated from. Mr. Otto has been enthusiastic for technology since he was a young kid and one of his hobbies was to work with gas engines. Starting from 1862, he comitted himself to completely to the construction and development of engines. In 1863 Mr. Otto built his first gas machine that lead the engineer mr. Eugen Langen to found a company with Otto with the name N.A. Otto & Cie that chanced ist name to Deutz AG in 1872.

Unfortunately, in 1884 Otto had to hand over his patents, because other inventors and technicians claimed inventions by lawsuits. It is still not clear today, if these inventions the other technicians and inventors claimed belonged to them in the first place and wer developed by them. Seven years later, on the 26th January 1891 Otto died in Cologne, Germany at the age of 58 years. 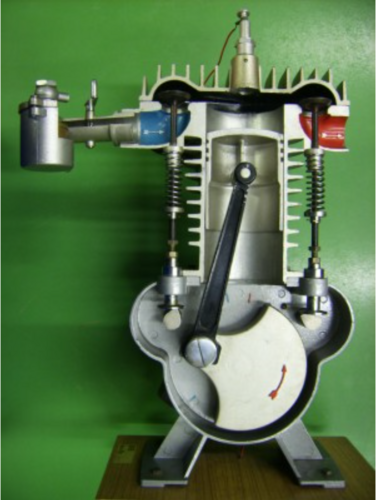