During the decades of their development, the world’s railways have demonstrated that the railway system is a successful model with today's high-speed lines, goods highways, commuter railways and urban networks. Many factors have contributed to this success story in comparison to other modes of transport:

Safety is at the centre of railway operation

In global terms, railways are a very safe means of transport. While there may be differences in the individual regions of the world, overall, the railway is the safest means of transport. Depending on the method of calculation, the first place in the rankings – at the bottom of which are motorcyclists, cyclists and pedestrians – is either air traffic or rail transport. They are not directly comparable, as the bases of calculation are different[1]. Based on train or plane kilometres or passenger kilometres travelled, the chances of dying in a plane crash are lower than in a train crash. However, the accident must occur in the domestic market (or in the air space above) in order to be counted in the national statistics. Other evaluations show that – in global terms - only cruise ships are safer than the train but you cannot use them to travel to work. The railway is especially safe, by the way, if calculated on the basis of the hours spent travelling and not the mileage travelled. 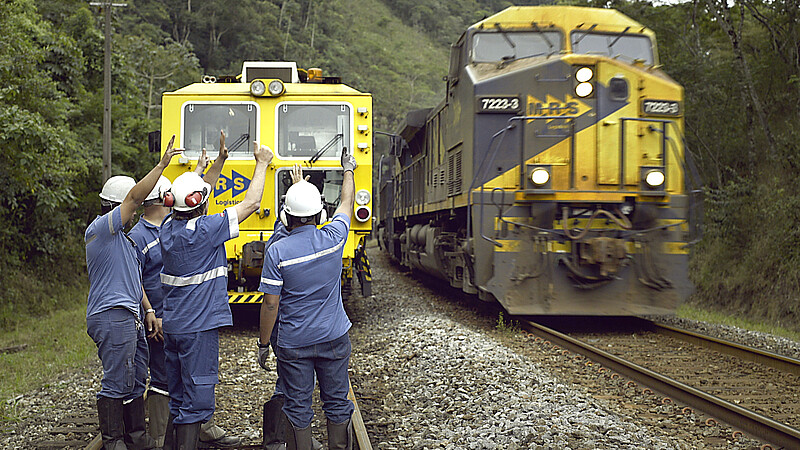 Reliability is a guarantor of success
© Plasser & Theurer

Often the railway is accused of being unpunctual and consequently unreliable. Personal experience tends to compare the drive to the next bakery with a long train journey. If the ICE from Vienna to Hamburg or from Innsbruck to Dortmund is more than ten minutes late, it is considered to be delayed. Certainly, it is annoying when the connecting train is gone, but the small delay should not actually be a problem in perspective to the hundreds of kilometres travelled. The punctuality statistics for passenger trains are considered at all stations. If the ICE from Hamburg to Berlin arrives at the final destination on time, despite being stopped for six minutes on the way, it would be considered to be late at 50 % of the stops.

Examples from Switzerland and Japan show what impressive standards the railway system can achieve in terms of punctuality and reliability. In 2015, 87.7 % of travellers in Switzerland reached their destination on time (train delay < 3 minutes). [2] This is also reflected in the success of the railway system in those countries. In 2015 Germans travelled an average of 979 kilometres by rail. The Swiss, on the other hand, travelled 2,277 kilometres. In Japan, in 2013 trains on the high-speed network of JR East were an average of only 0.9 minutes late after travelling at speeds up to 270 km/h.

Regardless of this, nobody would want to forecast exactly to the minute how long a corresponding car journey would take - not even with some margin of error. Many commuter railway systems run reliably with a punctuality (arrival less than 5 minutes late) of more than 95 %. With freight trains, there is, firstly, a certain recovery time built into the timetable and, secondly, some trains are given priority over others. Parts of industry, including the automotive industry, therefore, have good reason to rely on the railway as part of their transport chain. 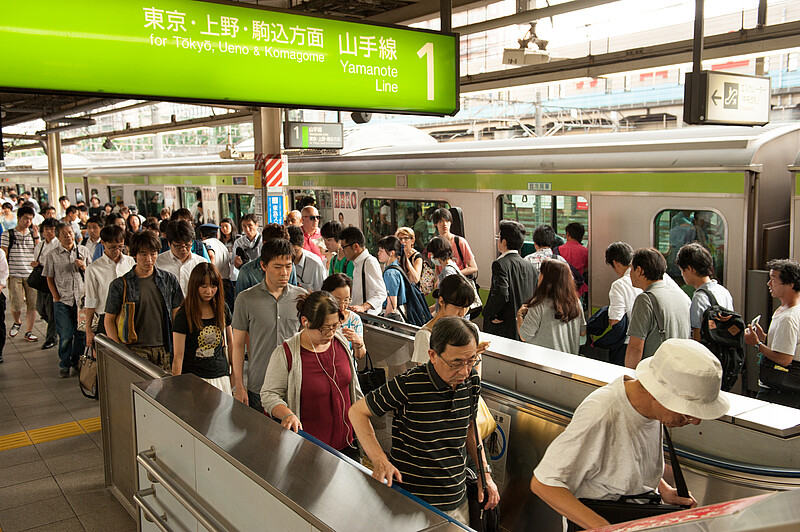 Railways are designed to move a great number of people or a large tonnage literally “in one train”. Long-distance rail passenger transport and short-distance passenger transport as part of the public transport system are available for mass transport in contrast to the individual transport in which often only one or two people travel in each car. The comparison of the area required for the same passenger kilometres for train and car shows the advantage of the railway. 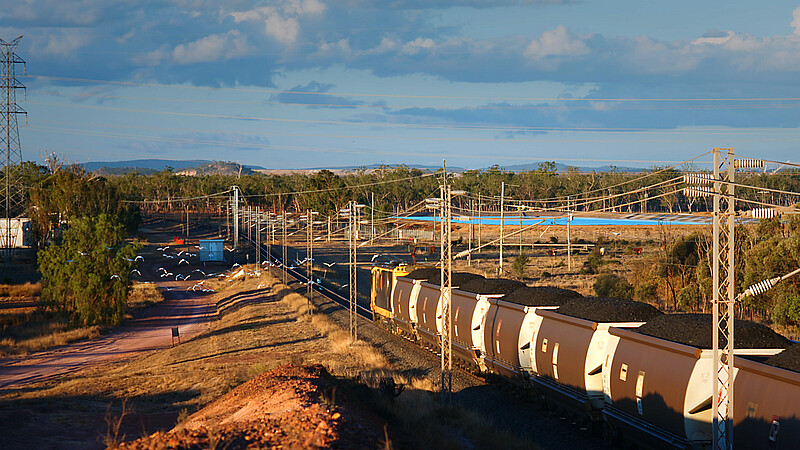 Each train replaces numerous lorries, some loads can only be moved by rail for reasons of technology or of good sense. Today no one wants to imagine that instead of each container train 40 to 60 lorries will be driving down from a North Sea port in Germany to the Adriatic Sea or to Hungary which is a typical daily distance for many freight trains.

In the Alps and also on other routes, the railway transport trailers or complete lorries "piggy-back" on trains. This so-called combo-traffic is also part of the mass transport which takes traffic away from the roads and relieves both the local residents and the environment. Even truck haulage companies operate their own such trains nowadays, in order to make better use of their vehicle fleet, make the staff more effective and save costs. 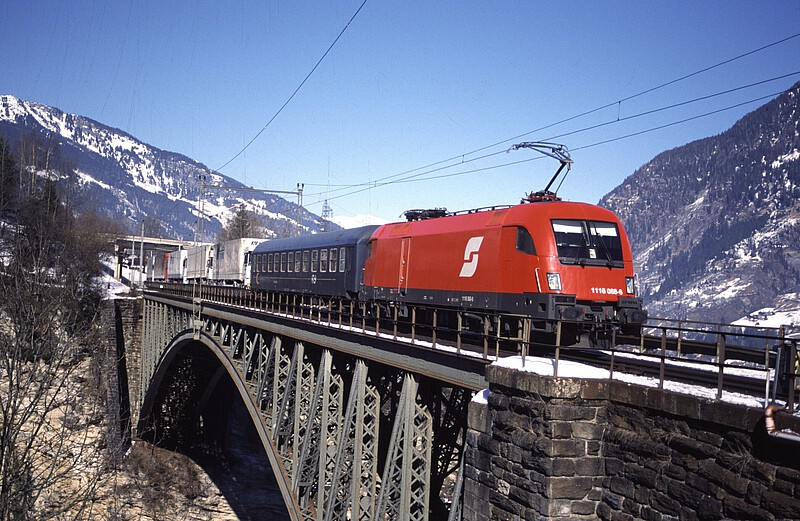 Increasing wheel loads as a challenge for the future

As railways have developed, the maximum permissible axle loads have increased. In Central Europe, all the major railways have adapted their main lines to allow a maximum axle load of 22.5 t. In a few countries, however, some routes are still limited to 20 t, which in practice means that a loaded, four-axle freight wagon may have a total gross weight of 80 t, and a six-axle wagon 120 t. The limit can be problematic for some locomotive types. There are numerous line categories for the European networks. The maximum permissible axle load is designed with letters supplemented by numbers for the associated metre load. The highest route classes, which have not been introduced so far, are the planned route classes F and G for axle loads of 27.5 and 30 t. Even more would be possible, as a line in Australia permits an axle load of up to 40 t.

There are exceptions, for example, the railways in Ireland (18 t) or the French TGV routes (17.5 t). For new international freight transport corridors established since 2011, 25 t has been the standard axle load. In suburban traffic (roads and suburban railways), on the other hand, the maximum axle load is normally 10 t, but here as well an increase is planned and some roads and bridges are already suitable for higher loads.

High speed in the future

Trains will run faster in the future: not all of them, but many. While the first train was barely faster than the mail coach, today in long-distance rail passenger transport the formula "twice as fast as the car, half as fast as the plane” applies. In this case, however, reference is made to the travel time, not just to the speed. Passenger trains travelling at up to 320 km/h in the timetable and freight trains at up to 160 km/h are a reality. More speed in the wheel/rail system is possible and more than 500 km/h has been demonstrated in test runs with specially prepared vehicles, tracks and overhead lines. The trend in normal traffic, at least in Germany, is not to go faster than the trains already do. The rapidly increasing energy consumption with higher speed and the vehicle requirements at certain km/h-limits today mean "slower" trains make more sense, especially if the maximum speed can only be achieved on part of the total distance. Also, the stops are much too close together for higher speed to give a significant reduction in travel time. In China, for example, things are different. Trains should reach a speed of 380 km/h in the near future. 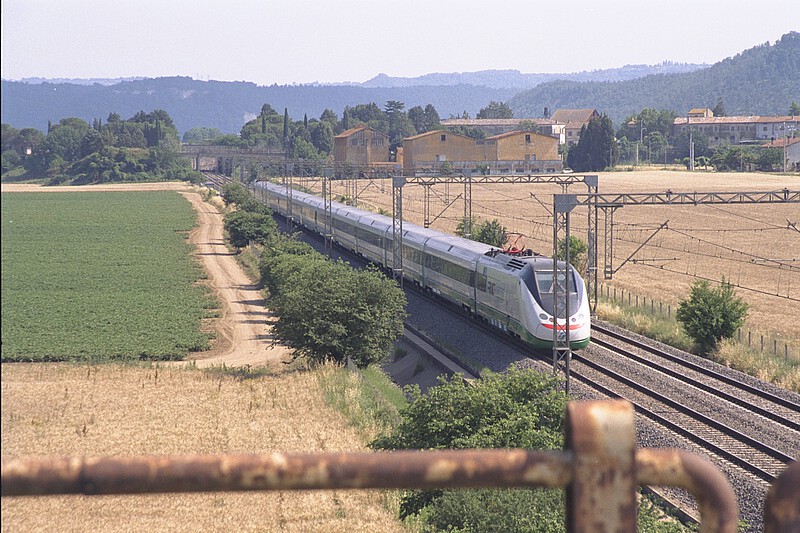 A much-discussed topic in politics and parts of the economy is the electric traction. Both cars as well as buses and lorries have been around for more than 100 years but are no longer as climate friendly as wished and so the combustion engine no longer has a future. While high-energy storage batteries and wheel hub motors still need to be designed, electric traction on railways is commonly used. The trams and light rail vehicles introduced since 1895 are almost exclusively electrically powered and have also had brake energy regeneration and energy saving for a long time. Electrically driven fuel cell vehicles will be used a lot in the future. In railways, many transport services that are used today are not economic without the use of electric traction, neither in InterCity traffic or in suburban services, nor in freight trains or even on rack and pinion lines. In the current state, there is no other option for railways than to get the power supply directly from the catenary. 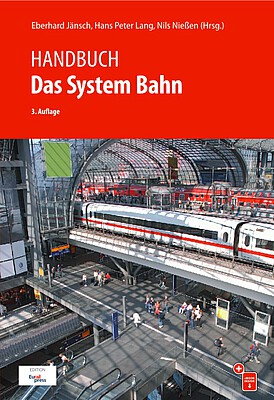 Railway systems are highly complex structures. This is characterized by a variety of internal and external reactions between the subsystems and their environment.

The close links with housing developments, economic and transport structures represent, on the one hand, the external reaction of the rail system with the environment and, on the other hand, the muliple internal reactions between the parts of this system, such as between infrastructure, rolling stock and management. Over the past few decades, due to rapid advances in electronic data processing, these reactions have become more complex and complicated. A holistic view of the rail system is therefore essential.